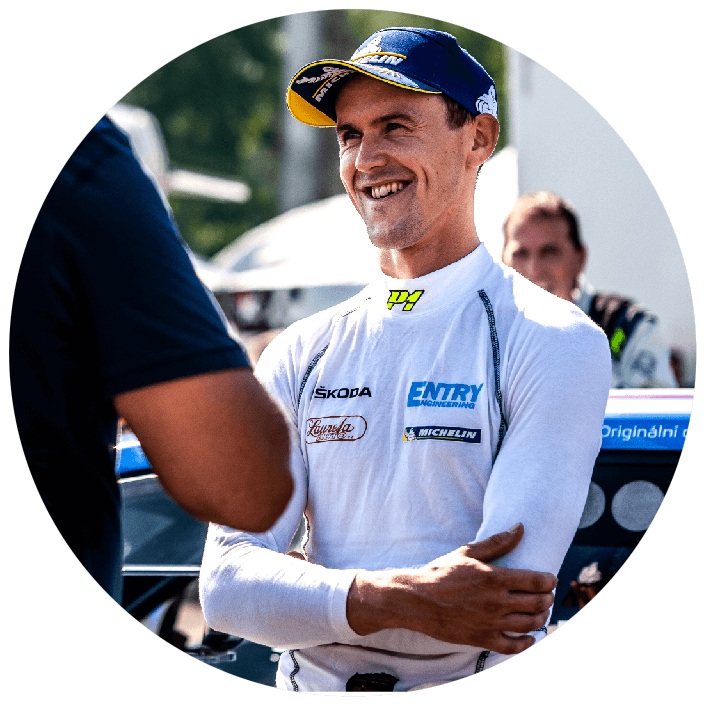 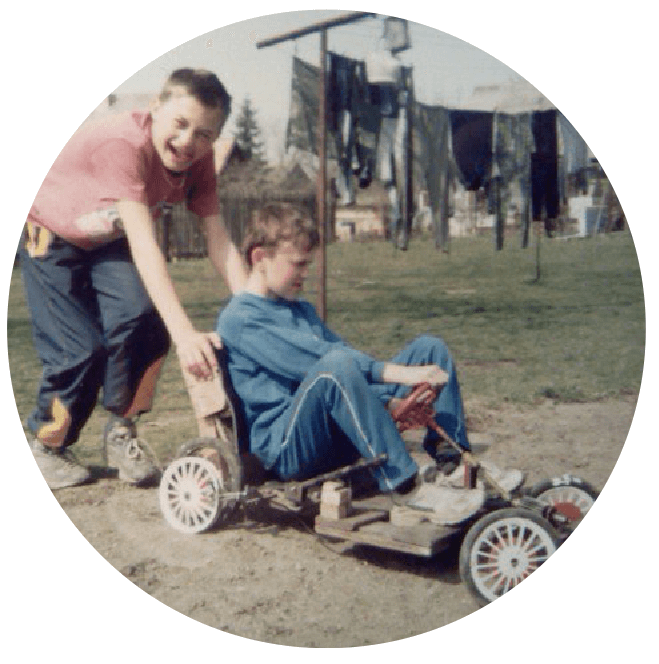 I was born in August 1991 in Mladá Boleslav and even though there was not a tradition of motorsport in my family, from an early age motorsport fascinated me. My driving career has not been long, but within this short time I have achieved great results. I entered motorsport in August 2008 where I took part in an amateur rally events and leter the Open Rally Cup. Within the championship, using a highly tuned Skoda Favorit, I was able to battle for class podium places and overall places. 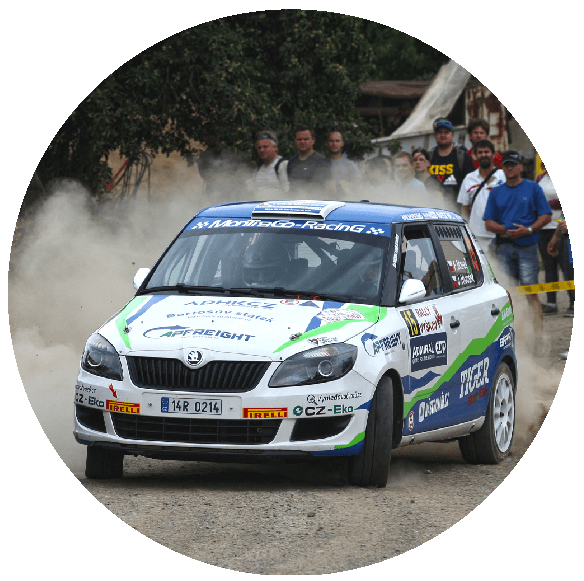 I completed my first season in the Czech Championship in 2015 in a Škoda Fabia R2. I was able to achieve many successful results using the car, mainly in the JUNIOR Czech Championship, where I won in every race in which I crossed the line. In the Rallysprint series, I took second place in R2 category and through this success was able to secure a place for the 2016 season in the Autoclub Peugeot Rally Talent – project created for the most talented young drivers in the Czech Republic.

In 2016, through the support of the Autoclub of the Czech republic and Peugeot Czech Republic, I took part in every round of the Czech Championship in a Peugeot 208 R2. Very successful season resulted in me obtaining title of the Junior Czech Champion. Moreover I was able to prove my competitiveness even abroad, and thanks to four victories in the European Rally Trophy I received the titles of JUNIOR ERT CHAMPION and ERT3 CHAMPION! 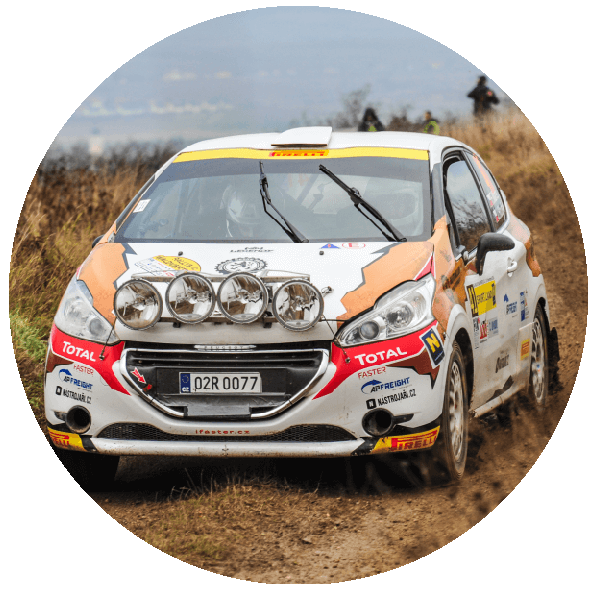 With continuing support of the Autoclub of the Czech republic and Peugeot Czech Republic, I was able to achieve four victories in the Czech Championship and thanks to this success managed to defend title of the Junior Czech Champion. Moreover I won overall title of the Czech Champion in 2WD category and as a bonus victory in the Peugeot Total Rally Cup. Due to being included in the representation, I mainly got an opportunity to take part in the highly competitive FIA ERC Junior U27 championship. Also here I proved my abilty behind the steering wheel of a Peugeot 208 R2 and already the very first start was turned into a great third place. Eventually I was able to get five podium places out of six possible, when only technical issue forced me to retire from Rally Islas Canarias. On the other side I was able to reach my first win at Rally di Roma Capitale in September. My most successful season so far, resulted in me obtaining amazing bronze place in the highly competitive FIA ERC Junior U27 and the runner-up position in the ERC3 category, i.e 2WD cars. 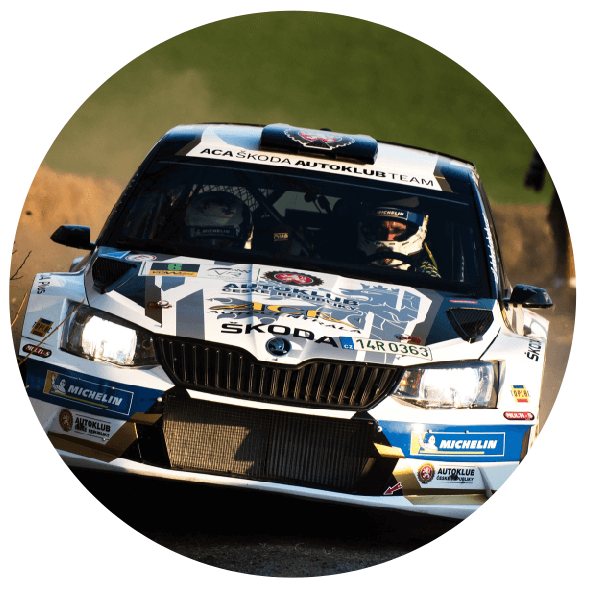 The second season with R5 was the best so far. The first absolute victory in the Hustopeče Rally came and podium places in all other Czech races. Until the Barum Rally, Jan Kopecký and I fought for the title of national champion and ended up second. But our results in the European Junior Championships were more important. We missed the first two events there, but we won three times in the rest and were fourth once, which brought us the Junior European Champions title!

I started the 2020 season with the continued support of Autoklub CR and our plans were to participate in selected WRC3 events. The first start of the season for me was Rally Sweden, where we finished 6th in the category. Unfortunately, other starts in the WRC did not come and my cooperation with the Autoclub of the Czech Republic, and the Kresta Racing team, ended quite unexpectedly. After six joint seasons, Honza Hloušek, who agreed with Kopecký, also decided for a change.

In a short time, however, with the great support of my partners, I managed to group the new Laureta Auto Škoda Team. With new co-driver Radek Bucha from Mladá Boleslav, we presented ourselves in its colors at the Czech Championships, where we finally achieved the final 4th place. 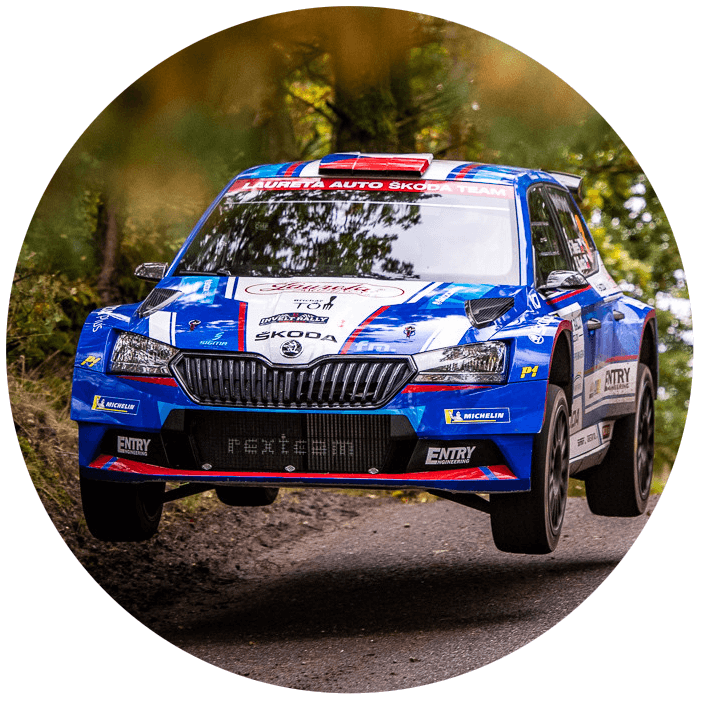 While 2020 was quite a pandemic and many races were canceled, season 21 was full of action. Together with my new engineer Italian Paolo Piras, we wanted to attack the title in the Czech Championship from the first competition. Although we did not succeed exactly as we had hoped, we are still excited about the end result. After all, our only conqueror is Jan Kopecký, a multiple champion of the Czech Republic and a long-time factory driver of Škoda Motorsport. Radek and I are thus Czech vice-champions for this year, which brought me to my maximum so far from the 2019 season.